22
MAY
The Royal Enfield Himalayan was built for the rough terrain and mountain range from where it derives its name. Royal Enfield wanted to create a motorbike that encourages you to take the road less traveled, and they succeeded. Combining improved quality with a price tag that dramatically undercuts the competition, the Indian manufacturer has offered an easy route into adventure motorbiking. The hype surrounding the release of the Royal Enfield Himalayan marked the start of a cult following.

SPECIFICATIONS OF THE ROYAL ENFIELD HIMALAYAN 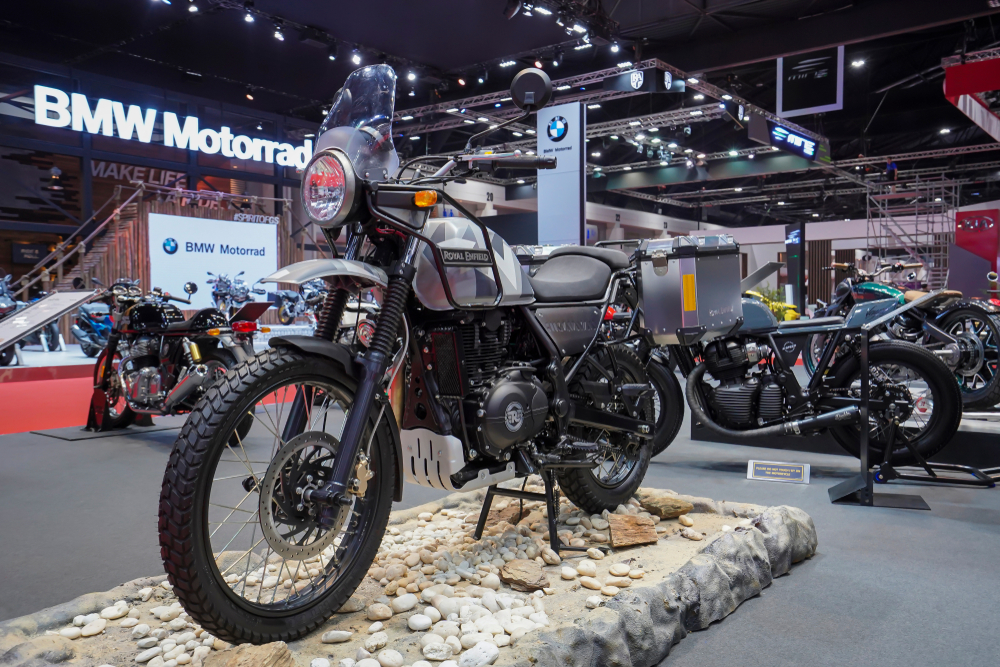 The design is brand new, venturing away from the more traditional stylings of Royal Enfields in times gone by. The acquisition of Harris Performance in 2015 meant that the Indian owned manufacturer’s latest adventure bike was equipped with the brand’s first half-duplex split-cradle steel frame with linked single-shock rear suspension. The front suspension of Royal Enfield Himalayan is fitted telescopic forks, with 200 mm travel. In the rear, you’ll find monoshock with linkage, with 180 mm of travel, which is only preload adjustable. Whether you are on or off the road, the suspension does its job well at absorbing whatever terrain is thrown at you on your journey. For the front brakes, the Himalayan has a single 300 mm disc, with a two-piston floating calliper. The rear brakes have the same disc, but it is 240 mm, and the floating calliper is single piston. Although this bike is designed to handle roads with different types of terrain, you can’t switch the ABS off, a strange decision from the manufacturer. Regardless, you get a great response when you hit the brakes, which is useful when you go off-road. 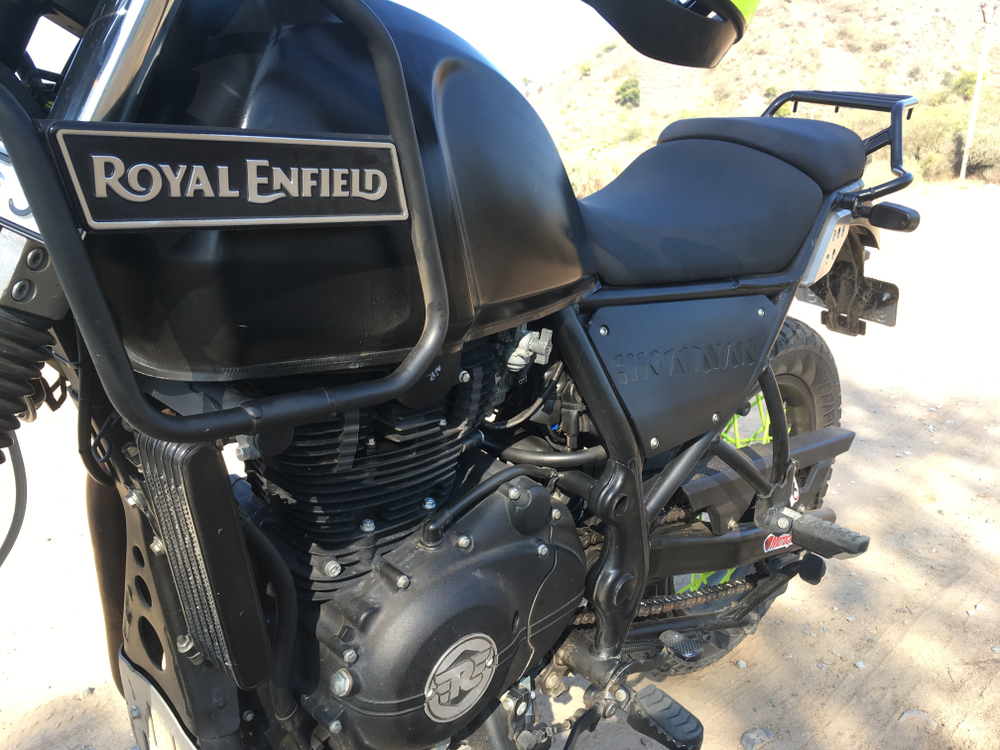 The Royal Enfield Himalayan is slightly on the heavy side for its class at 185kg but maintains its manageability, proving to be both easy and enjoyable, provided the engine isn’t pushed to its absolute limits. The neutral handling on the bike also makes dodging off-road obstacles a breeze. The Himalayan comes with a myriad of instruments, which is surprising considering its price point. You get an LCD dash, which displays odometer, trip, tachometer, ambient temperature, time, and gear position. There is also an analogue fuel gauge and speedometer and a compass.

Powering the Royal Enfield Himalayan is a single cylinder, SOHC, air-cooled, four-stroke, 410 cc engine. It produces 24.5 hp of power and 23.6 ft-lb of torque, which may prove to be a little much for long slogs on the motorway. However, when it comes to off-roading, you will find the engine gives you great amount of performance. Along with the 15-litre tank and average fuel consumption of 70 mpg, it can cover 200 miles. 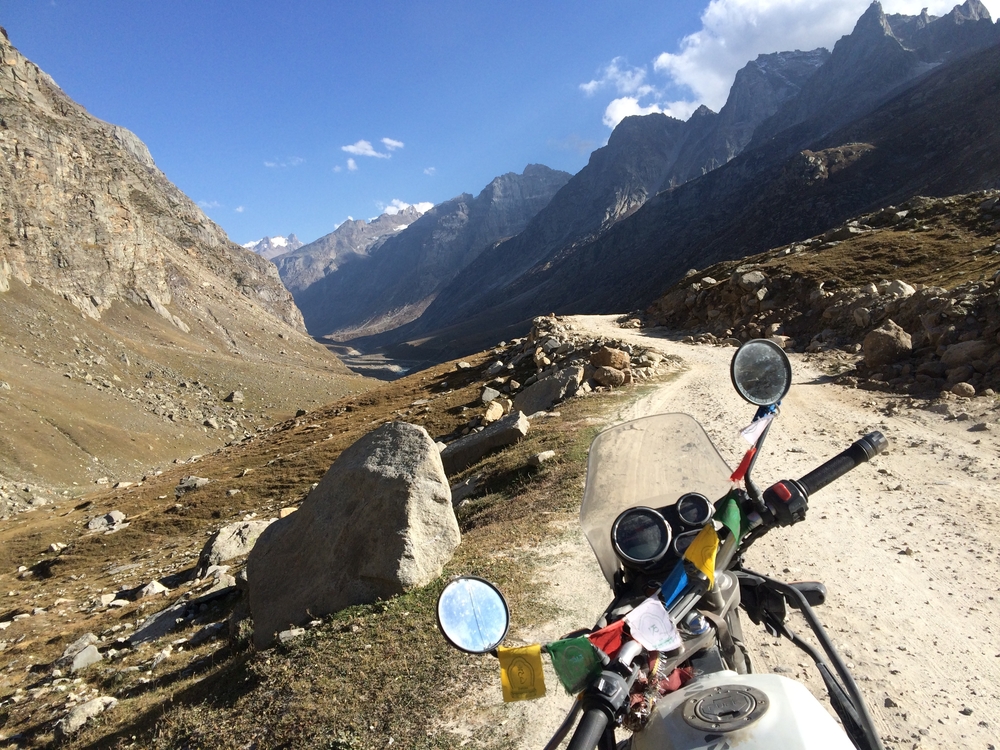 Overall, it’s a great bike for poking about on A-Roads, in the city and for venturing onto tamer trails. The suspension, brakes, and level of comfort on this motorbike is great. However, it is a little disappointing that Royal Enfield didn’t fit a 650 cc engine to the Himalayan, as it is easily outrun on the road and leaves a little to the imagination in terms of sheer grunt and power. Brand new, a Royal Enfield Himalayan will set you back a base price of £3,999.

We know that when selling your motorbike, you may have questions about the process. At Motorbike Trader, we have an… https://t.co/1fQO7SMEIg